It’s wet out there this morning and it’s a light rain for now.  So it will be a Youtube day to learn more on how to use my camera better.  That and working with me gummys to make Sunday dinner. I bought each of them their own kitchen apron in their favorite color so they feel more important with helping out.  That and now they feel more like “Chef Abigail”  and “Chef Lydia”.

The little things are important to kids.  🙂 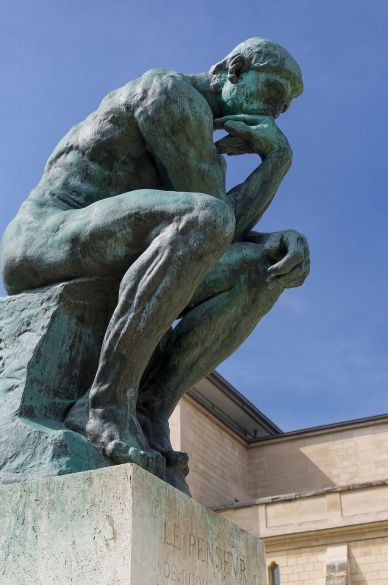 The Thinker (French: Le Penseur) is a bronze sculpture by Auguste Rodin, usually placed on a stone pedestal. The work shows a nude male figure of over life-size sitting on a rock with his chin resting on one hand as though deep in thought, often used as an image to represent philosophy. There are about 28 full-sized castings, in which the figure is about 186 cm high, though not all were made during Rodin’s lifetime and under his supervision. There are various other versions, as well, several in plaster, and studies and posthumous castings exist in a range of sizes. Rodin first conceived the figure as part of his work The Gates of Hell commissioned in 1880, but the first of the familiar monumental bronze castings did not appear until 1904.