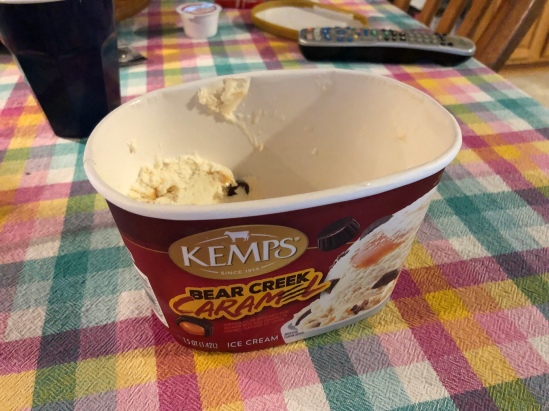 I have come to the conclusion that it will be me and ice cream for the rest of my days.  Ice cream doesn’t lie to me.

I downloaded the redacted Mueller Report from the DOJ web site and it’s interesting for far to say the least.  There are lots of blacked out parts of the report but you can get the gist of what was investigated.  There are 448 pages to go thru.  This should be interesting to see how long it will take me to go thru this.

Here’s the web site if you want to download for yourself: https://www.justice.gov/storage/report.pdf

I always like the way that the light shines on the pavement whenever it rains here.  Sometimes it looks like silver and other times it glows like it did this morning.

This is one of those days where I was absent minded once again in the morning.  I took off and left my FitBit at home and plugged in since last night.  Oh well, I guess it’s a day off from FitBit.  It can’t hurt to have one every now and then I suppose.

One more cool day and then it’s back to warming again.  It takes me a while to realize that we’re about a month or so behind the seasonal change that I’m used to back home when I was growing up.  That’s even more reason to put some thought into moving after I retire.

Now I just have to find that comfortable spot at work for my left arm.  You can’t imagine how much I despise the discomfort I go thru at work.  That sounds like whining doesn’t it?  OK, enough of that. 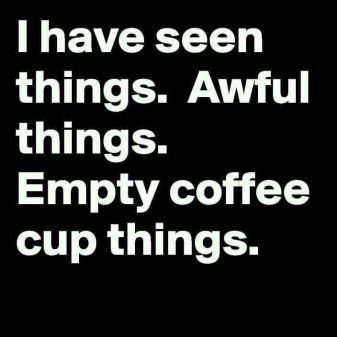 My favorite sister-in-law always sends me cool Razorback tees for my birthday!
Most of this bed is doing great. I have to work on the green onions.
Miss Tillie is supervising me today.
It’s been a long day.
Happy Wednesday
I’m loving this working from home bit.