Here’s a good art blog for you.  Give her a follow if you aren’t following her already.  🙂 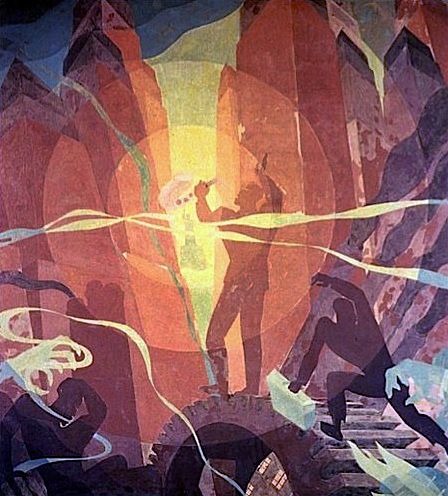 Aaron Douglas (May 26, 1899 – February 3, 1979) was an American painter, illustrator and visual arts educator. He was a major figure in the Harlem Renaissance. He developed his art career painting murals and creating illustrations that addressed social issues around race and segregation in the United States by utilizing African-centric imagery. Douglas set the stage for young, African-American artists to enter public arts realm through his involvement with the Harlem Artists Guild. In 1944, he concluded his art career by founding the Art Department at Fisk University in Nashville, Tennessee. He taught visual art classes at Fisk until his retirement in 1966. Douglas is known as a prominent leader in modern African-American art whose work influenced artists for years to come.

Where did Spring go? sigh
This can’t be good
Another new raised garden bed is finished.
I love the green up of a new Spring!
Homemade scalloped potatoes for Easter dinner. Yum!!!
I finished my hoop house. Now, I just need to figure out how to prop it open for when it rains.
Build a Hoop House day