Here’s a civics lesson for you:  Try defending someone’s right to protest against something that you would spend a lifetime trying to defend.  It’s not an easy concept to learn to accept.

Here’s a little fact for you as well:  The Pew Research Center study indicates that only 7% of the population of the United States are veterans.  I’m a part of that 7% and I think I have a little to say on the “disrespect to veterans” claim regarding the flag and the national anthem at NFL games.

Is it disrespectful towards veterans?  I’ve heard and read where people state that this country is more than just a piece of cloth.  This mainly comes from you non-veterans as far as I can determine.  Those amongst you who never spent day one in uniform much less even considered being in the military.  No.  Being a part of that was beneath your dignity for a fair number of you.   But let’s be clear; not all of you held that mindset.

We 7 percenters did the job that others couldn’t or wouldn’t do.  It’s OK tho.  We 7 percenters now belong to an elite group of people and are a part of a legacy that 93% of Americans are not nor will you ever will be a part of.  That makes we 7 percenters part of “the Warrior class“.  I can’t speak for other veterans but I can speak for myself and belonging to this group of US citizens comforts me after spending 20 years of living with people who looked down upon us with up turned noses.  That’s just one of my personal experiences with dealing with civilians while I was in uniform.

I can also tell you from personal experience what it feels like to be thousands of miles away in harms way and seeing the US flag and hearing the national anthem.  I would challenge those who say that it’s “just a piece of cloth” with an argument that you are either extremely naive or you don’t fully appreciate the sacrifice made by millions of American GIs so you can say what you think.  No, it’s more than a piece of cloth.  It’s our country and it represents the best of our ideals to the rest of the world.  Or at least it is supposed to.

So we come to perfectly grown men who never spent day one in uniform nor even considered spending time in uniform.  They are the best of the best college football players who have a God given talent that helped them rise above their personal situations.  To them I say “Do you want to thank me for my service?  Then vote and exercise your God given Constitutional rights.  Do the right thing.”  What they are doing is the right thing in their view.  So be it.

That position may raise the ire of others but let’s remember something.  The NFL is a business pure and simple.  No one forces you to participate by watching.  Turn off the TV, change the channel or go do something else with your time instead.  Deal with it.  And to those men who choose to kneel; there are consequences for actions whether intended or unintended.  Deal with it gentlemen.

This nation has real problems with race, hate, poverty,, health care, massive debt, education, infrastructure, international trade, international relations and men and women who go into harms way and die because of national policies.  THOSE are the real issues that we have and not whether some grown ass man decides to kneel down or raise a fist while the national anthem plays.

You 93 percenters owe us 7 percenters as far as I’m concern.  You owe us a nation where we all get along without resorting to hating each other, killing each other or not being able to govern ourselves.  You’re doing a pretty crappy job of it right now in my opinion people.  Figure it out.

This the only political post that you will see on this WP site this year.  Life’s way too short to be spent being in constant clashes with others.

I call this one “Thieving Squirrel Caught in a Minnesota Blizzard”.  I’m getting pretty doggone good at this.  I may even consider giving up my day job.

It’s that time of week once again where I do battle with the forces of evil trying to control my brain.  Let’s see …

1. I haven’t seen Buffalo Tom post anything in a long time.  I wonder if El Presidente and crew grabbed him and the boys and put them in one of them FEMA Re-education camps or something.

2. Labor Day is quickly creeping up on me.  That’s when I mark the official end of summer for us.  Yeh, I know the calendar says otherwise but this is Minnesota after all.  At least college football will be on to help make up for the upcoming change in the weather.

3. I have to budget another $1500 for final body work for Petey.  It would have been a lot less if I hadn’t buggered up that right front fender on her.  Oh well.  I didn’t like that fender anyway.  My oldest asked me what her Kelly Blue Book value was and then asked why I’ve put more into her than what the value was.  I reminded her that I bought Petey to last for 350K miles and I may as well keep her looking good for as long as possible,  Besides, I should be able to get classic car plates on her in due time if I keep her long enough.  That and I don’t like the looks of the new Passats anywho.

4. I took one of them quizzes on Southern sayings and I remembered using 95% of those phrases when I was a kid growing up.  No, I don’t consider southern Iowa as “the South” but they were just common phrases that a good number of us used.

5.  I have nothing excited and exotic planned for the weekend other than some yard work and some baking.  That’s the dazzling lifestyle of a south metro urbanite.  I keep this up and I may be even ready for the big time of New York City or London or maybe even Milwaukee.

There ya have it.  Feel free to comment and/or wave a vigorous “Hallo!” on your way thru if ya want.   🙂 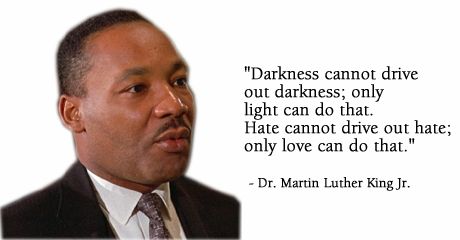