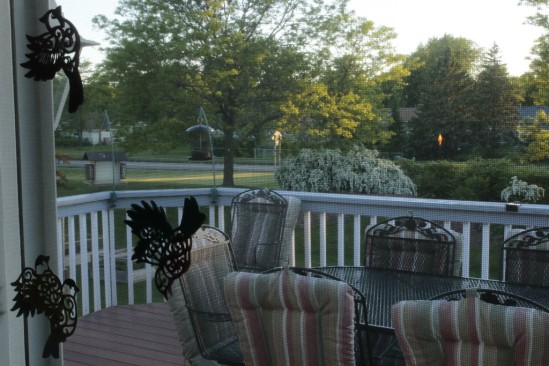 Actually it’s my screen door but close enough.  A hot shower is gonna feel pretty doggone good after all the yard work today after work.  I like this time of day during this time of year. It’s nice and quiet out there and best of all it’s still warm.  I’m loving it here. 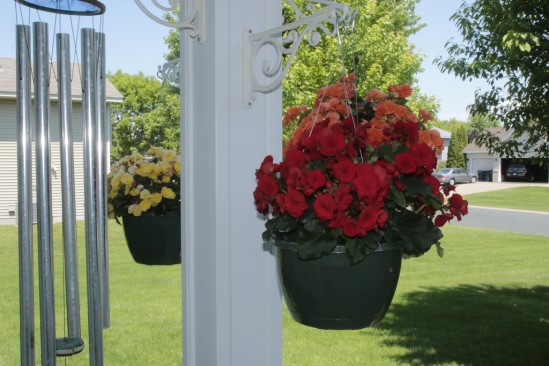 Warm, colourful and blue skies.  I guess the rain went over to Cheese Land.  That’s just fine by me.  It should make for a really nice weekend.  Another 15 minutes and the J-O-B is done for this kid until next Wednesday.

It’s that time of week once again where I have to exercise my brain in a never ending battle to see who is control.

1. Looking out my window I see it’s trying to rain once again.  That’s OK.  It’s a long weekend for me anywho and I wasn’t planning on doing much today after work anywho other than get some gas for the garden tractor.

2. I think it’s about time to replace my MacBook.  September makes it 6 years since I bought it and even tho it has worked great it’s time to move on.  A new MacBook with a SSD is calling my name.  Damn built-in obsolescence.  The only other recourse is to save files to the sky and go thru the whole restore to factory settings thingee and then do the OS upgrades.  That can’t hurt any more than “the Apple tax“.

3. Miss Lily is being a real pain lately.  She’s always complaining that she wants to be fed.

4. I have another number that’s stuck on my scale.  Fortunately it’s a smaller number than before but it is a new hump to get over.

5. Nope.  I still have no idea what else I can plant in my garden this year but I think I still have lotsa time and I’m not worried right now.  The beans are starting to come in nicely but I see some gaps where some of the seeds failed to germinate.  I’ll have to replant in those areas this weekend.

There ya have it for this week.  Feel free to comment and/or leave a vigorous Australian “G’day” if you would like.