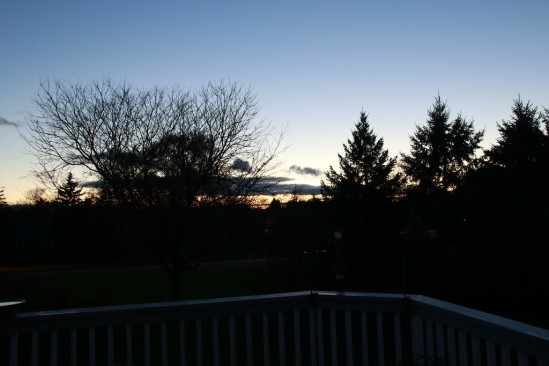 We get a couple days to dry out and then it’s back to weather that’s fit for a duck.  I’ll still take it any day over that icky bad white stuff. 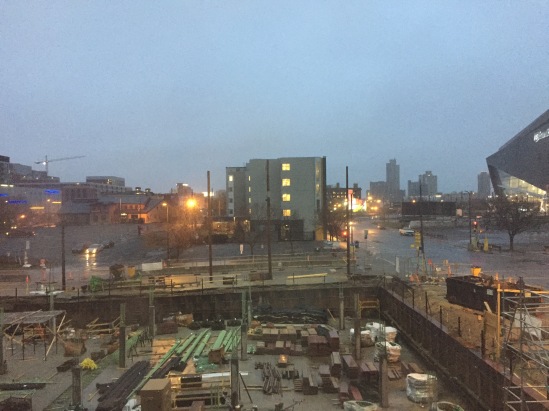 It’s one of those mornings where I’m leaning towards taking a walk to get a breakfast sandwich.  I brought fruit from home and I can have that later on if I get a little hungry.  The walk will do me some good and I can get some shots from the skywalk if I want.

I have a big problem to research this morning and I’m putting it off for now.  I can’t believe how the “experts” took simple that was relatively simple and screwed it all up.  What a bunch of knuckleheads.

There’s an emergency this morning between the organization’s powerbrokers.  I shudder to think what decisions that they may make.

I’m not doing too bad with getting my 10,000 steps in every day.  The Fitbit that I bought seems to be helping me with staying motivated to stay after the goal but I’m wondering if 10,000 steps is actually too few.  Is it better to boost that goal now to 12,500 steps or 15,000 steps per day?  One side says it would be easy to burn out or take on something too big too early while another side say do it.  It’s something to think about I suppose.  Maybe some of your fitness experts have some good thoughts on this.

No, I am not gonna give up my coffee.

I did one of those genealogy DNA tests and I got my test results back.  I have 3.8% Scandinavian in me but I’m over 80% from the British Islands and Ireland (which goes to figure since my Great Grandparents were Irish immigrants).  So where did the Scandinavian come from?  If I remember my Irish history correctly, it was common about a 1,000 years ago for Ragnar and his buddies to take their Viking longboat and do an outing to Ireland where they would raise a little hell and cause some general mayhem.  Apparently one of Ragnar’s buddies had a really good time with a long lost female relative of mine if you catch my drift.  That might explain why I get this urge every now and then to loot and plunder.

OK, time for some work.  Feel free to comment and/or do a hearty “Hi Yo Silver!” as you pass thru if you want.