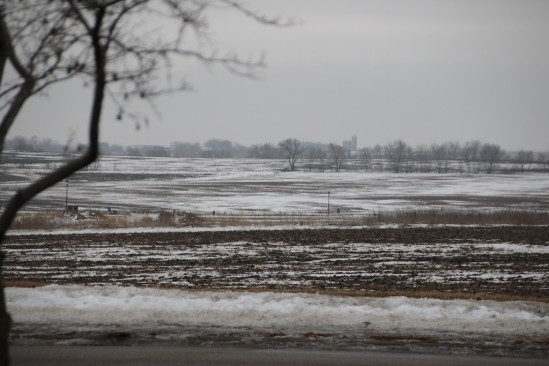 I’ve been thinking a lot lately about how the farmland around me is rapidly being taken over bu new housing.  “Urban sprawl” is something that I’ve grown to hate.  Or maybe I should more honestly say the cities are pushing further and further into my area and I’m pretty sure that I don’t like it. No, that’s not true.  I don’t like it.

Jacob Lawrence (September 7, 1917 – June 9, 2000) was an African-American painter known for his portrayal of African-American life. But not only was he a painter, storyteller, and interpreter; he also was an educator. Lawrence referred to his style as “dynamic cubism,” though by his own account the primary influence was not so much French art as the shapes and colors of Harlem. He brought the African-American experience to life using blacks and browns juxtaposed with vivid colors. He also taught, and spent 15 years as a professor at the University of Washington.